“When I opened the box of ISF books, they were all huddled around it and peering down, waiting and finally seeing. I gave each one of them a single book. For every single one of them, it was the first time they had received a book as a gift, for themselves, to own and keep. I saw the world around them cease, as they opened the pages and ran their small fingers across the lines, not blinking. I witnessed pure wonder. They held on to their books, even after they finished. I did not see a single book on the ground.  Then I took the children inside the library, which still was not fully finished in terms of its construction. I asked who wanted to recite the story for the others. Most of the hands went up, some fast as lightning, and others hesitantly, when they saw other hands rise first. I picked one of the little girls, Makka, to read for the rest of us. She did so beautifully and without missing a word, while the others looked up and listened to her intently.” 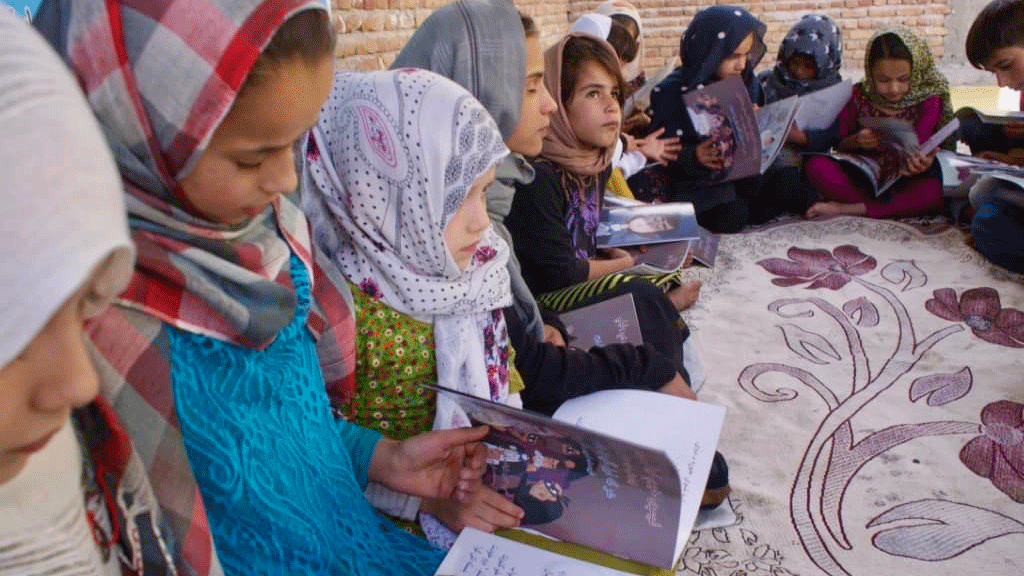 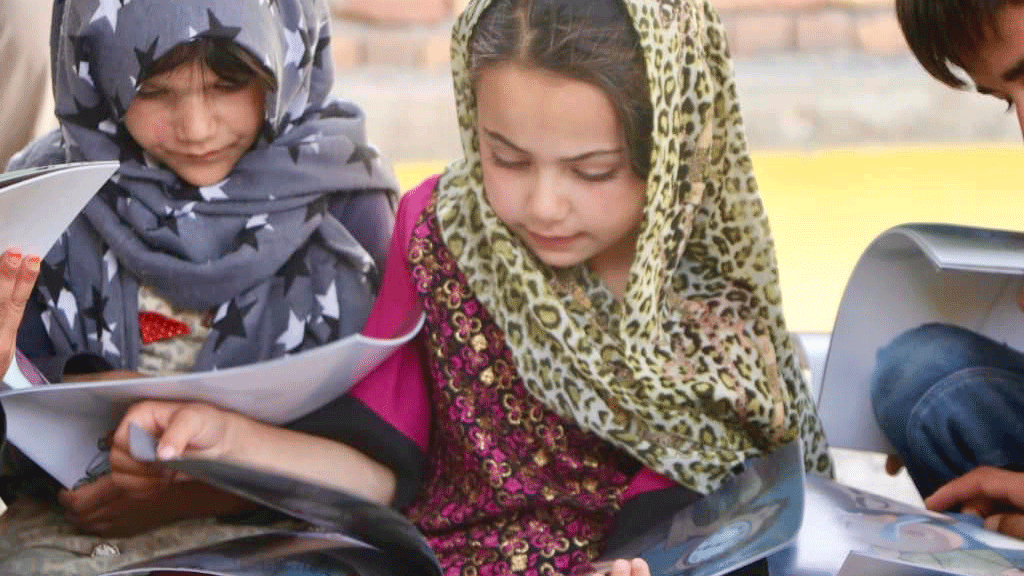 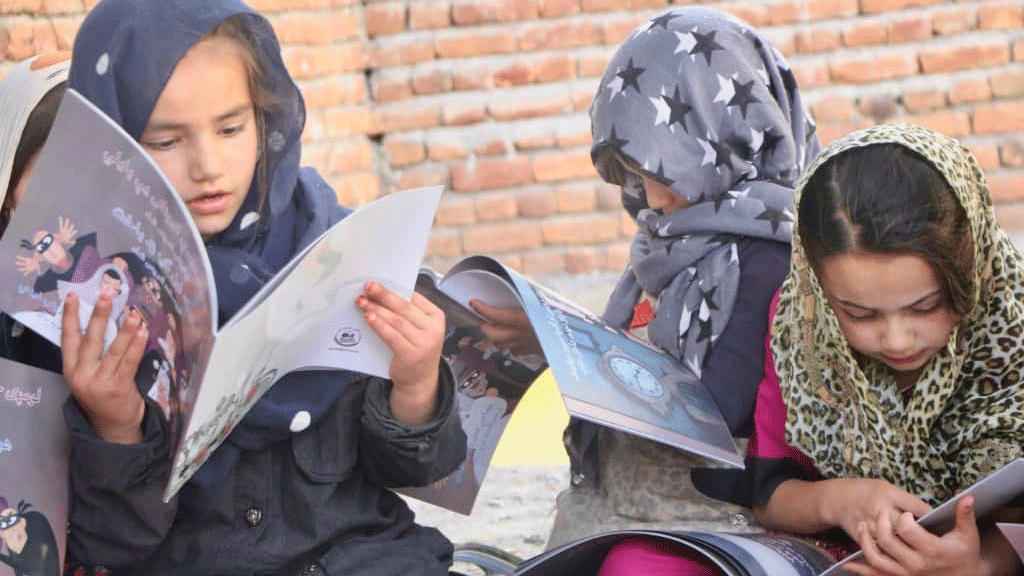 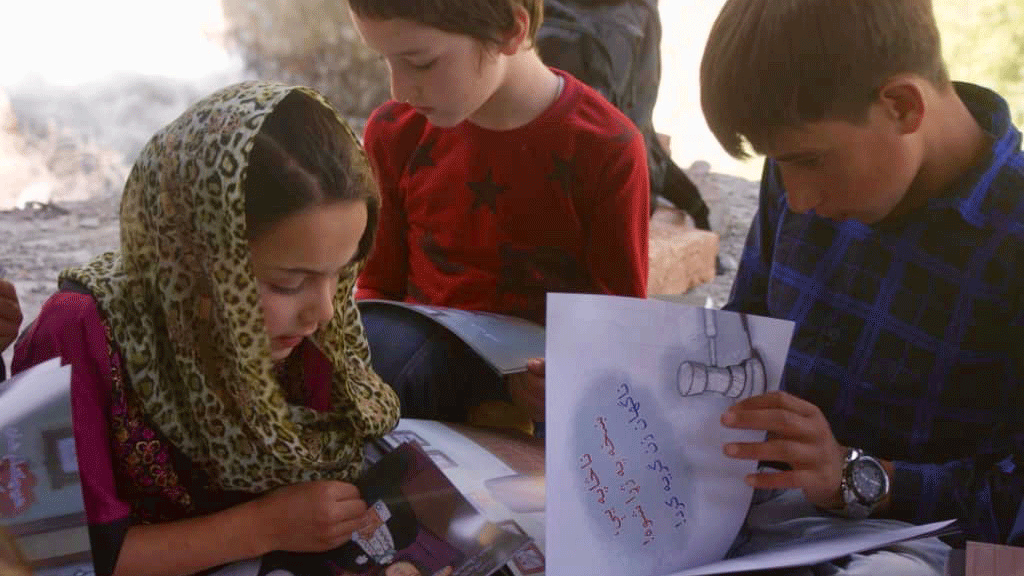 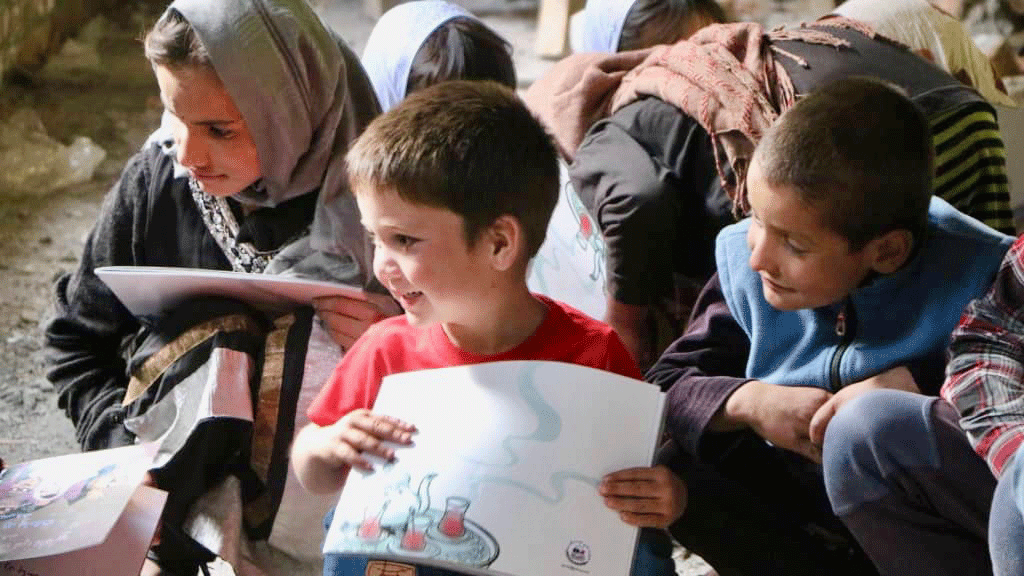 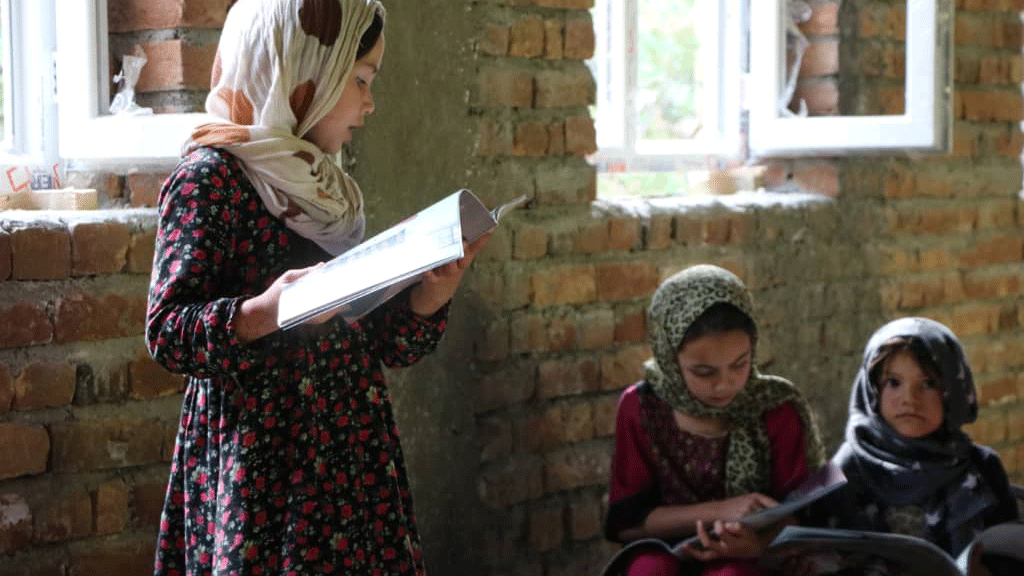 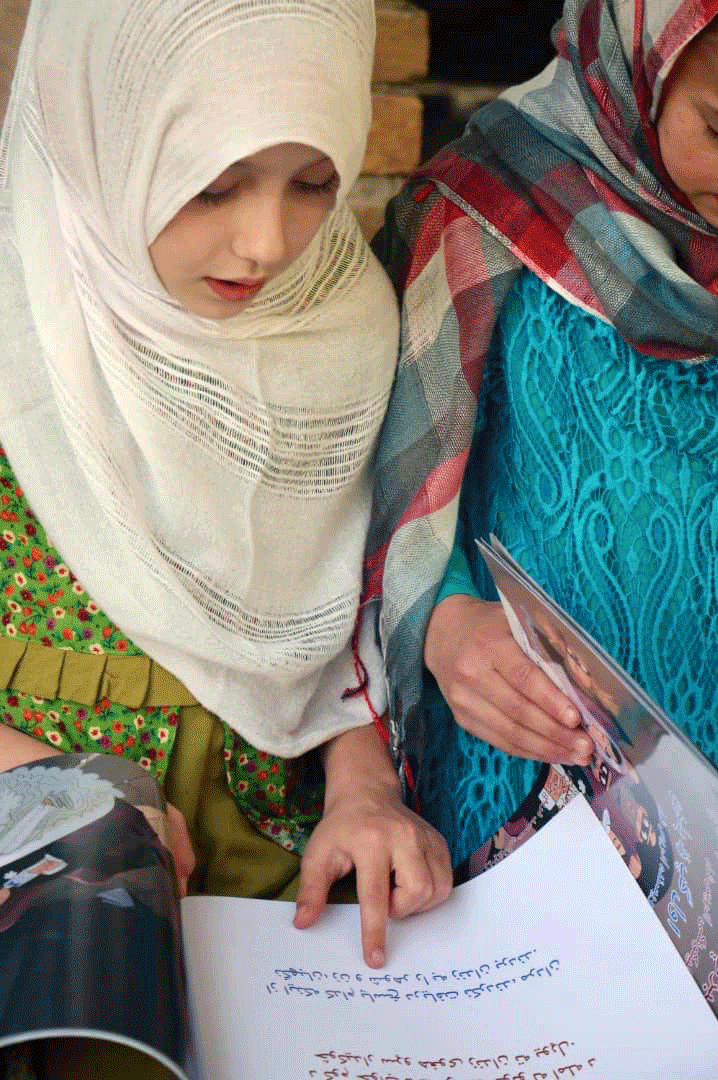 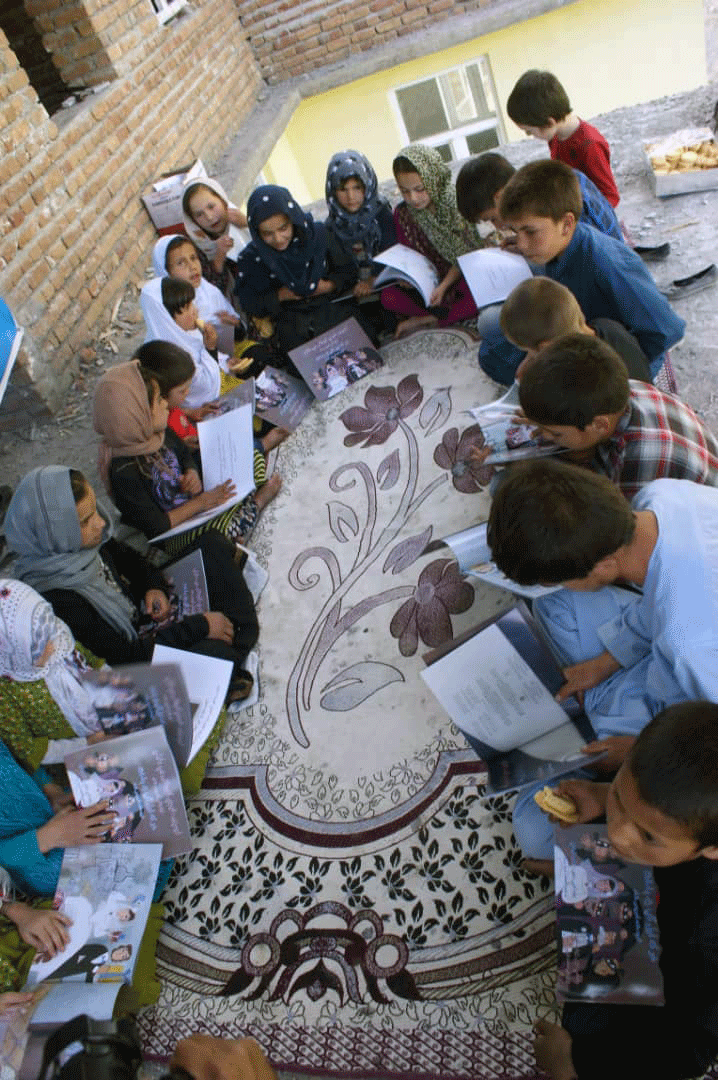 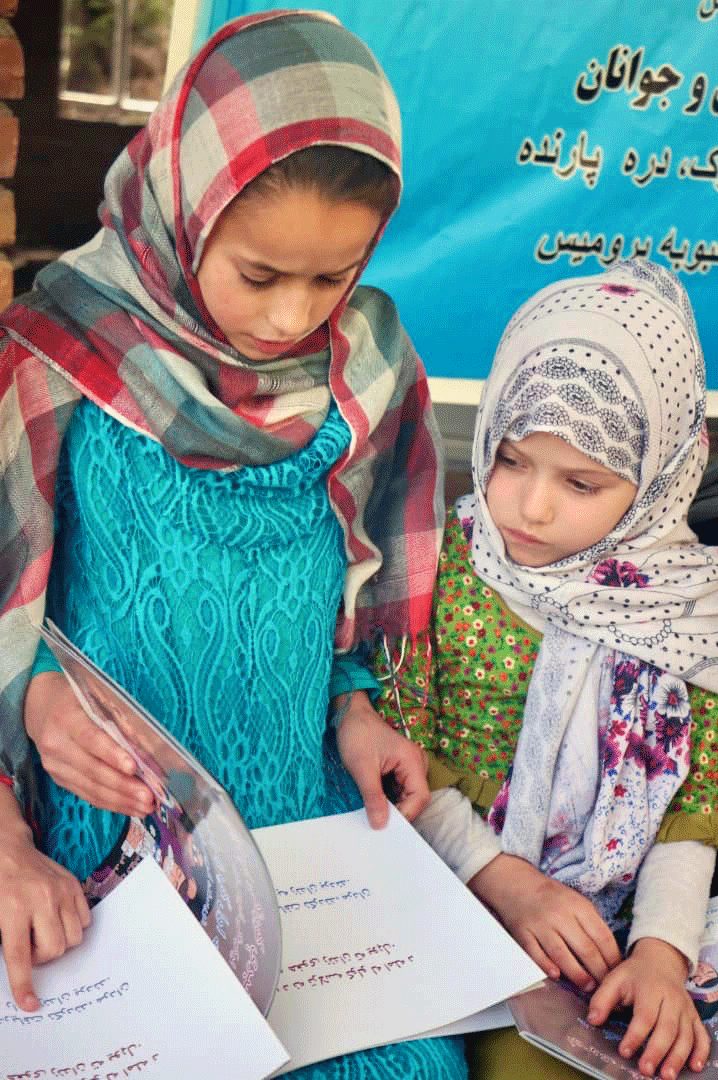