Who was Idries Shah?

Idries Shah, born in Simla, India, in 1924 into an aristocratic Afghan family, was an author and teacher in the Sufi tradition. He is considered one of the leading thinkers of the 20th century.

Shah devoted his life to collecting, translating and adapting key works of Sufi classical literature for the needs of the West. Called by some ‘practical philosophy’ - these works represent centuries of Sufi and Islamic thought aimed at developing human potential. Some of his best-known works include the seminal book The Sufis and several collections of teaching stories featuring the ‘wise fool’ Nasrudin.

His corpus - over three dozen books on topics ranging from psychology and spirituality to travelogues and cultural studies - have been translated into dozens of languages and have sold millions of copies around the world. They are regarded as an important bridge between the cultures of East and West.

Contents show
1. Who was Idries Shah?
2. Idries Shah and Sufism
3. Teaching Stories
4. Take what is in my hand
5. From the Archives
6. From the Press
7. Obituaries

‘Idries Shah did some revolutionary things,’ writes his daughter Saira Shah, in the introduction to The Idries Shah Anthology (published exclusively by The Idries Shah Foundation). ‘Critically, and almost alone, he said that it was possible to divorce the essence of Sufi philosophy from what he insisted were secondary accretions of culture and religion.’

In his writings, Shah presented Sufism as a universal form of wisdom that predates Islam. Emphasising that Sufism is not static but always adapts to the current time, place and people, he often framed his teaching in Western psychological terms. Most approaches to spirituality are actually disguised consumerism, he insisted, and the would-be seekers must face up to the sobering prospect of tackling their own assumptions and having to first learn how to learn.

Shah argued that human beings, while capable of the most sublime capacities, choose to live on a plane far below their potential. Chained by the commanding self – a mixture of laziness, greed, fear and prejudice – they are driven on, harnessed and shackled by their own lower nature. He turned morality on its head: vices, he argued, are not morally loaded, but are veils that conceal our potential. Virtues are not remote wonders to be aspired to, but practical prescriptions for human progress. The virtues he emphasised were: generosity, humour, kindness, clear-thinking and common sense, to name but a few. 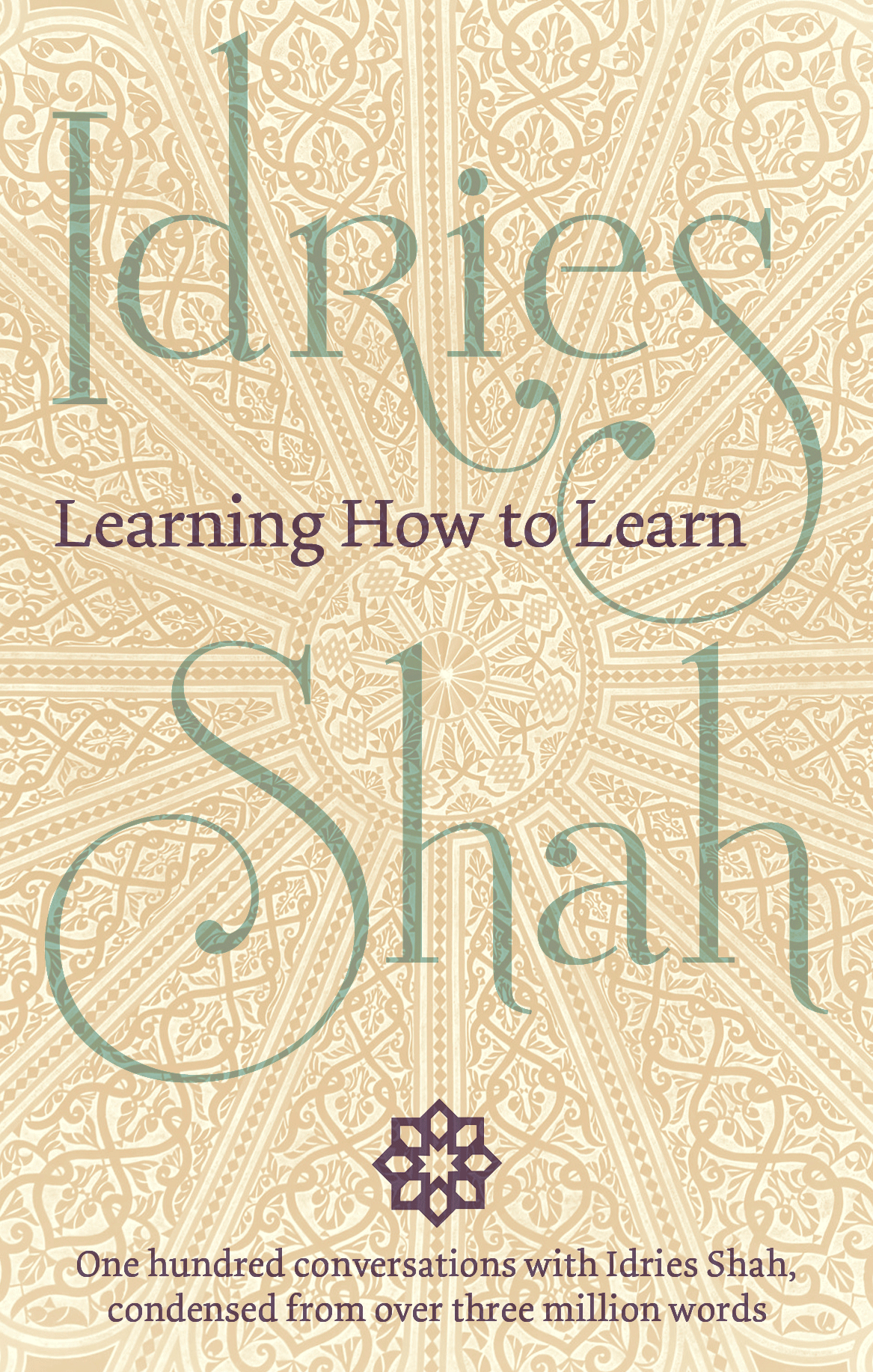 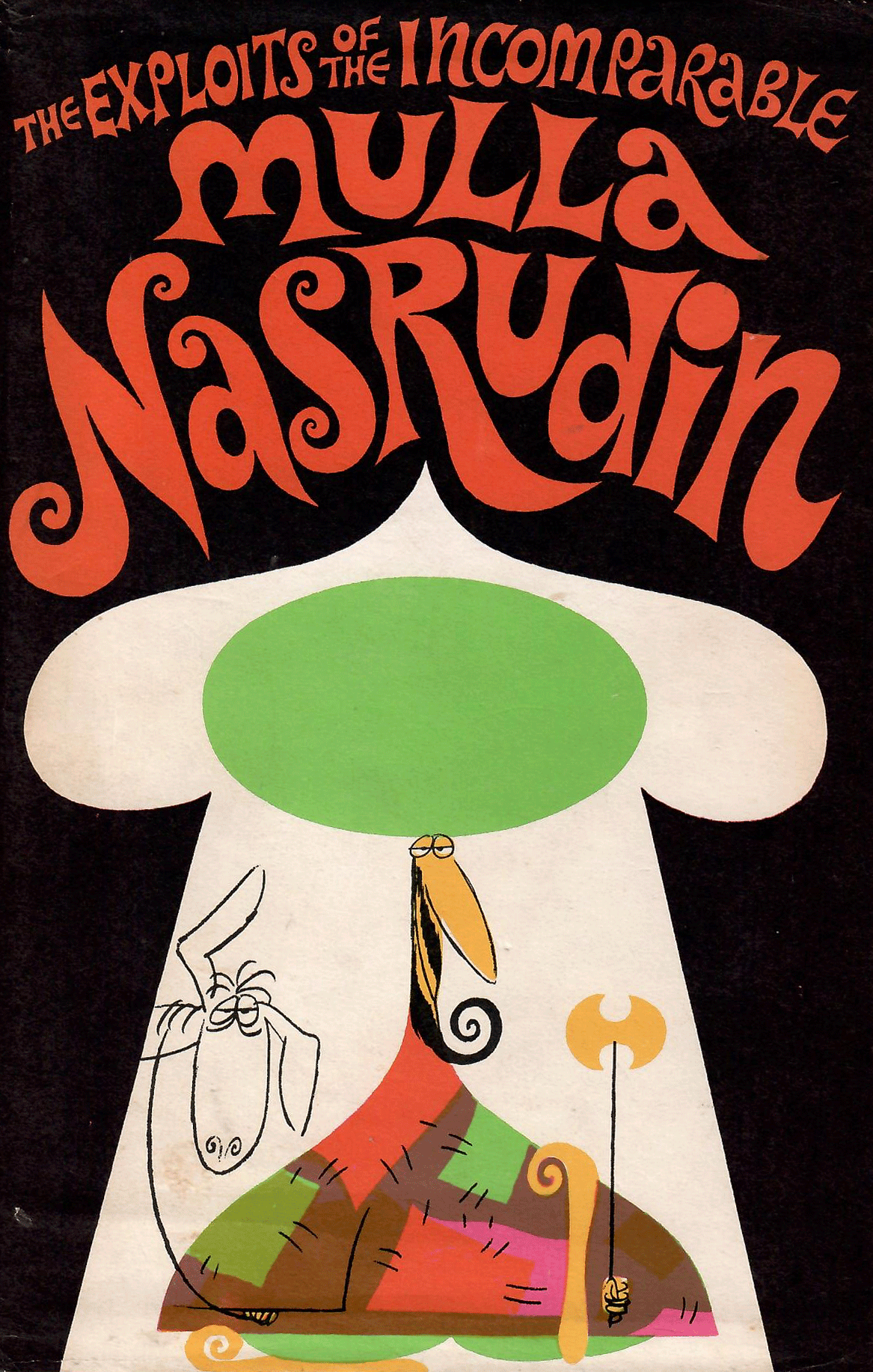 For over forty years, Shah, who read Urdu, Arabic and Persian, combed the shores of a vast ocean of Oriental literature and oral Sufi tradition and returned bearing beautiful stories, sublime poetry, witty aphorisms and mental gymnastics. These included dozens of Nasrudin stories, which he popularised in the West.

As the son of the prolific writer and thinker Sirdar Ikbal Ali Shah, Shah grew up in a family steeped in both the oral and written traditions of Islamic classical literature. His love of stories and of storytelling shines through all this work, as does the joy of his narrative, the elegance of his prose and his gentle and effortless wit.

What is Sufism?
More about what we do
Traditional Psychology 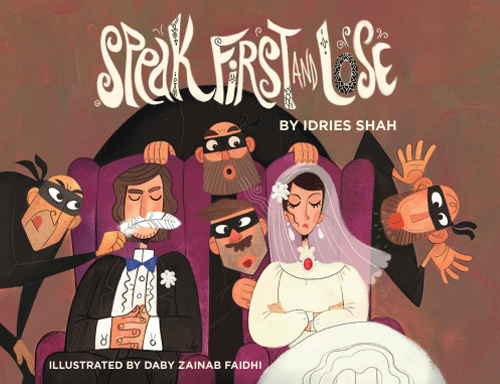 The Teaching Story by Idries Shah. Read by David Wade

Learning from Stories – Idries Shah lecture given at the Institute for the Study of Human Knowledge, USA.

Shah’s writings include an enormous range of teaching stories – tales that Sufis have used from time immemorial to help people think more flexibly. He likened the teaching story to a peach, the flesh offering something soft and delicious, with the kernel inside the stone representing hidden depth.

'The "inner dimensions" of teaching stories...are held to make them capable of revealing, according to the stage of development of the student, more and more planes of significance. It is the theory that "one may work on different layers of the same material" which is unfamiliar to many people, who tend to prefer being told that a story has one message or one use only.' The Way of the Sufi

Take what is in my hand

Many eminent writers and academics were profoundly influenced by Shah’s work. The poet and classicist Robert Graves wrote an introduction to the first edition of The Sufis. Ted Hughes described the book as ‘astonishing’.

Nobel prize winning novelist Doris Lessing, regarded Shah’s oeuvre as a ‘phenomenon like nothing else in our time’. While the psychologist and consciousness researcher Charles Tart commented that his writing had provided him with ‘a more profound appreciation… of what psychology is than anything else ever written’.

‘Shah advised people who were interested in Sufi materials to learn about conditioning, indoctrination and brainwashing,’ wrote the clinical psychologist Jay Einhorn. ‘I savoured the economy, precision and fluidity of language in Shah’s writings, the way he expressed complex ideas simply and…the insistence that humour and bite are necessary in this learning process.’

Despite the powerful influence he had on many people from all walks of life, however, Shah refused to be a guru writes author Jason Webster in The Guardian. ‘“Do not look at my outward shape,” he would say, repeating Rumi’s phrase, “but take what is in my hand.”’

He died in 1996 and is survived by his three children, who have overseen the re-publication of all his works through the Idries Shah Foundation.

'Idries Shah, Sufism and the Literary World' - La Vanguardia
'50 Years After Idries Shah’s The Sufis’ - Guardian
'Sufism: A Natural Antidote to Fanaticism’ - Royal Society for Asian Affairs
'A Beacon of Sanity in Our Age of Polarity: On Contemporary Sufism and the Works of Idries Shah’ - Los Angeles Review of Books
'On Maple Syrup and My Interest in the Sufi Writing of Idries Shah’ - Jay Einhorn, Ph.D, LCPC, Clinical Psychologist

Excerpt from the obituary in The Daily Telegraph
The Independent